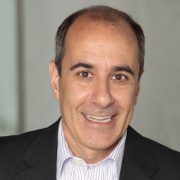 Rich Lang is the Vice President for VMware’s HR Centers of Excellence. In this role Rich is responsible for Compensation, Benefits, Equity, Executive Compensation, Talent Acquisition, University Relations, HR Operations, HRIS and Mergers and Acquisitions. Rich joined VMware in early 2013, initially leading HR for VMware’s Product Business Units before moving to his current role. Prior to joining VMware Rich lived and worked in Helsinki, Finland where he was the VP of HR for Nokia’s Smart Devices business unit. During his time at Nokia, Rich focused on the transformation of Nokia’s mobile business from one of several proprietary, vertically integrated operating platforms to a partnership with, and ultimate acquisition by, Microsoft. Before his tenure with Nokia, Rich held a broad variety of leadership and technical positions, including VP of HR at Sun Microsystems and Director of Customer and Field Services at Pacific Gas and Electric Company. Rich began his career in Manufacturing Engineering at Lockheed Missiles and Space Company. Rich holds a B.S. in Industrial Engineering from Stanford University and an MBA from the Anderson School at UCLA.