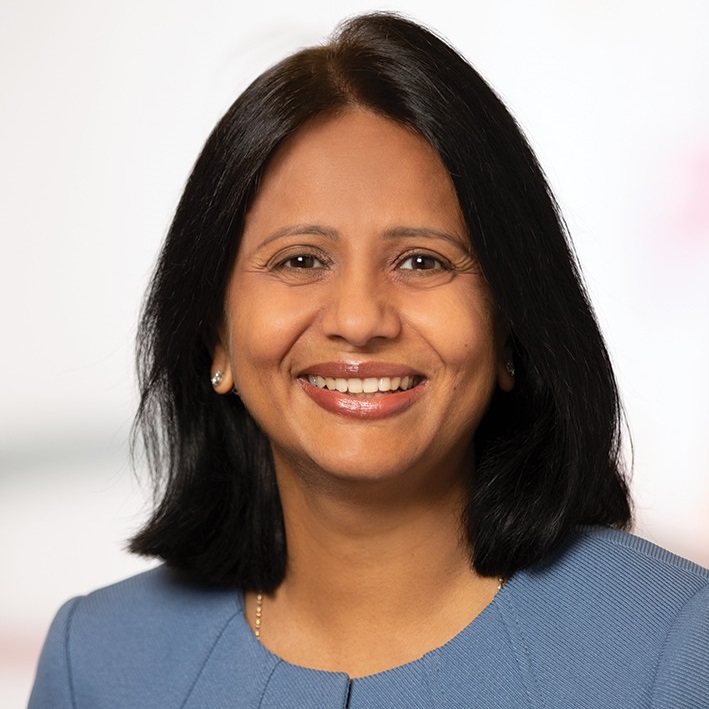 A Lilly veteran for over 25 years, Aarti has served in several functional and business leadership roles. She joined Lilly in 1994 as a senior statistician and was promoted to research scientist in 1999. She became vice president for biometrics in 2009 and led three global functions: global statistical sciences, data sciences and solutions, and global scientific communications. In 2013, she was named global brand development leader in Lilly’s Bio-Medicines business unit. She was promoted to senior vice president and became chief information officer in 2016.

Aarti received her bachelor’s and master’s degrees in statistics and mathematics in India before completing her Ph.D. in applied statistics from the University of California, Riverside.

Aarti serves on the board of Northwestern Mutual. She also serves on several nonprofit boards, including the Indiana India Business Council, the Center of Interfaith Cooperation, and Shrimad Rajchandra Love & Care USA. She served on the Indianapolis Public Library Foundation board for 9 years. In 2016, she was honored as a Woman of Influence by the Indianapolis Business Journal and was also named one of the Fierce Women in Biopharma by FiercePharma. In 2019, she was named one of the top four finalists for the 12th annual MIT Sloan CIO Leadership Award. She was named 2019 CTO of the Year (top honoree) by IBJ and TechPoint.